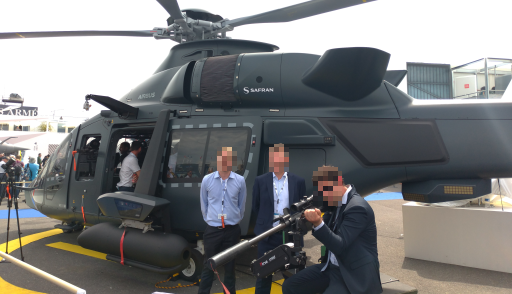 On the stand of the Ministry of Defence, COSE presented, alongside the Airbus H160 M, its STRIKE stabilizer for helicopter-mounted snipers.

This helicopter marksman stabilizer, deployed in combat by our forces almost daily, considerably increases the performance of on-board snipers, greatly improves operational security and minimizes the risk of collateral damage. 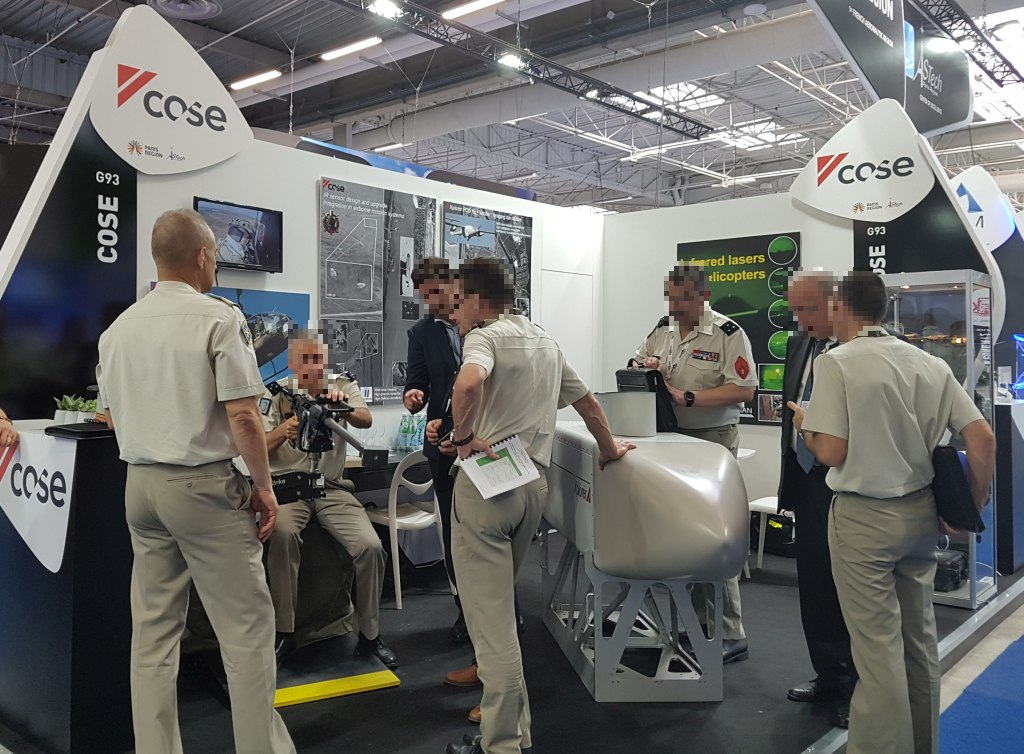 COSE shared its stand this year with DESMAN, a company well known to special forces for its infrared laser pointers.

Sharing the same users and customers, this sharing has allowed a good synergy both in terms of communication and attendance.

Many high-level state and military delegations visited the stand and took a keen interest in our products and companies.

The Pod Xplorer was also present on Safran‘s Patroller stand.  As part of the Patroller cluster, COSE is developing a versatile and modular Pod capable of integrating a high-performance observation payload for Patroller missions.

Integrated under the wing of the Patroller, it will map large areas as well as detect and identify first-level points of interest that it will designate to the Euroflir 410 gyrostabilized electro-optical system.